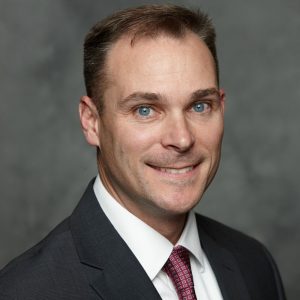 Board Member
Florida Board of Pharmacy

Jon Hickman is most proud of his work helping the multi-specialty team trail blaze the MSL speaker program and helping opioid induced constipation have a role in pharmacy-based Medication Therapy Management programs.

Dr. Jonathan Hickman, PharmD, graduated with honors from FAMU College of Pharmacy in 1999. While attending FAMU, Jon was a two-time MEAC champion in Track & Field earning all-conference honors in the Pole Vault and Decathlon. Upon graduation, he started a career with Walgreens and was there for sixteen years. During his time at Walgreens he held positions as Staff Pharmacist, Pharmacy Manager, Health Testing Coordinator and Market Immunization Director. During his tenure in community pharmacy, he was a preceptor for FAMU, University of Florida, and University of South Carolina Colleges of Pharmacy while also working with the Tallahassee Community College Technician Certification Program.

In June of 2015, Jon moved on from community pharmacy joining AstraZeneca in Medical Affairs as a Medical Science Liaison in the Multispecialty Division. Since joining AZ, Jon has been recognized as the “Rookie of the Year” in 2015 and the “Unsung Hero” award in 2016. He is most proud of his work helping the multispecialty team trail blaze the MSL speaker program and helping opioid induced constipation have a role in pharmacy-based Medication Therapy Management programs. This has raised OIC awareness on a national level in this space.

In September of 2017 Jon was promoted to the role of Clinical Account Director for the US medical affairs team in the managed market space. His primary role is to work with regional payers in Florida and Puerto Rico covering the entire AZ portfolio as the scientific lead for these accounts.

In December of 2017, Jon was appointed by Governor Rick Scott to serve on the Florida Board of Pharmacy. The 9 members of the board are responsible for the licensure, monitoring and education of Pharmacy professionals to assure competency and safety to practice in their service to the people of Florida. They also play an important role in health care regulation as the board members and staff interact regularly with other pharmacy affiliated groups in Florida, as well as the National Association of Boards of Pharmacy.

Away from work, Jon enjoys being active, golfing, cheering on Florida State football (Go Noles!) and spending time with his wife Sarah and his three children Carter (13), Addison (9) and Delaney (5).

Since joining AstraZeneca, Jon has been recognized as the “Rookie of the Year” in 2015 and the “Unsung Hero” award in 2016. 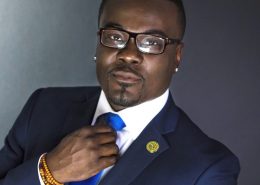